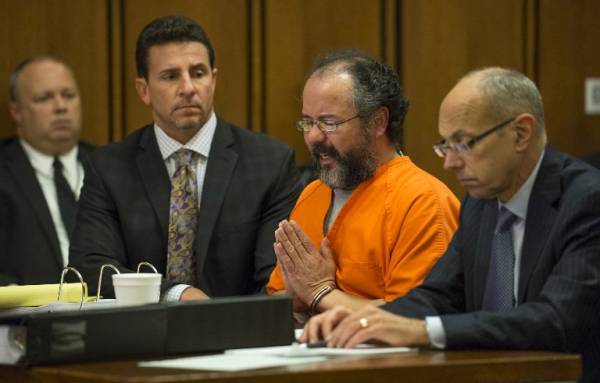 The man serving a life prison term for kidnapping three women and repeatedly raping them in his home for nearly a decade Ariel Castro Found Dead! He is believed to have committed suicide, a prison official said. Ariel Castro, 53, was found hanging in his cell around 9:20 p.m. Tuesday at the Correctional Reception Center in Orient, located south of Columbus in central Ohio, JoEllen Smith, Department of Rehabilitation and Correction spokeswoman, said early Wednesday. Prison medical staff performed CPR before Castro was transported to a hospital, where he was pronounced dead around 10:50 p.m. Castro was in protective custody because of the notoriety of his case, meaning he was checked every 30 minutes, but was not on suicide watch, Smith said. She said suicide watch entails constant observation.

An autopsy early Wednesday showed the death was a suicide, and the cause of death was hanging, said Dr. Jan Gorniak, the Franklin County coroner. She said toxicology tests still would be completed in the coming weeks. I assume Castro felt a life in prison which he was sentenced to is no life at all. No one seems to have any pity for Castro being how he kidnapped three women and trapped them in his home! The three women disappeared separately between 2002 and 2004, when they were 14, 16 and 20 years old. They escaped from Castro’s Cleveland home May 6, when Amanda Berry, one of the women, broke part of a door and yelled to neighbors for help. This is the second high-profile suicide in an Ohio prison in a month. On Aug. 4, death row inmate Billy Slagle was found hanged in his cell just days before his scheduled execution. He was condemned to death for fatally stabbing a neighbor.