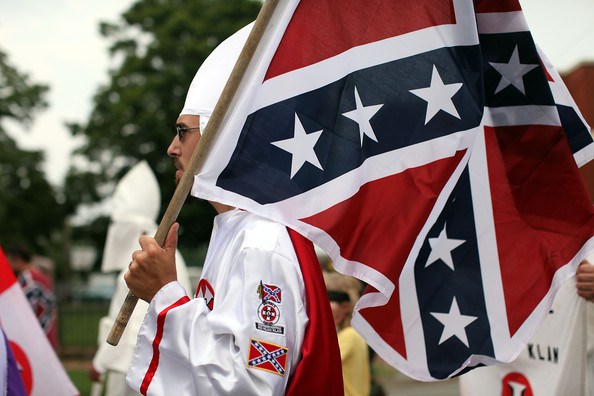 KKK Rally canceled due gov’t shutdown!!! If you needed to see the bright side of the government shutdown it may be that the hateful a$$ Klan won’t be able to carry through plans for a rally at a national landmark. The KKK were not too happy with the shutdown of the gov’t their plans got cancelled. Members hoping to rally on Saturday at Gettysburg, the site of one of the bloodiest battles of the U.S. Civil War, were disappointed when their plans were scuttled by a government shutdown. Amid public outrage, the National Parks Service had granted a permit last week to the Maryland-based Confederate White Knights of the Klan. “The National Park Service mission in preserving and protecting the historic resources at Gettysburg includes making them available to all Americans, even those whose views are contrary to the majority of the American public,” the Park Service said had said in a statement at the time But the Parks Service rescinded all permits on Tuesday after a stalemate between Republicans and Democrats forced a partial government shutdown.

“Tourists will find every one of America’s national parks and monuments, from Yosemite to the Smithsonian to the Statue of Liberty, immediately closed,” President Barack Obama said on Tuesday. “And of course the communities and small business that rely on these national treasures for their livelihoods will be out of customers and out of luck.” Many people don’t think that Organizations like the Klan still exist but they are still out here in society today. Just because they don’t where overalls, spiting, tobacco calling black people the N word does not mean that they are still not in society.  A lot of them have traded I their robes and masks for more suits and ties. Indirectly racist out there in disguise, that’s why everyone has to stay educated against racism and I mean everyone.