Probably the most highly anticipated sequel of the year is The Best Man Holiday. We all remember 14 years ago when we met the loveable cast and watched as Taye Diggs’ character, Harper wrote a book and aired out the group’s dirty laundry. We watched the chaos unfold as the novel, “Unfinished Business” circulated around the friendship circle and each person figured out which of them inspired the fictional characters. The credits rolled at the end of the film and we assumed everyone lived happily ever after. 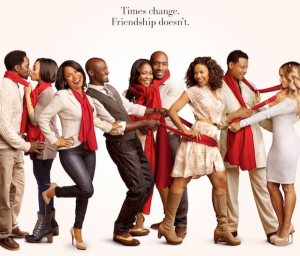 Everyone is wrapped up in their careers and growing in separate directions, partly because of Harper’s book and the secrets it revealed and partly because other things are taking priority in their lives. Mia, keeping a secret from the group, decides to get the gang back together for the holidays. Everyone agrees and tensions are high as everyone is back together and not all of them have dealt with the past. Seductive secrets are revealed, old flames are reignited and the film shows that old habits die hard.

The movie has several themes including family, friends, forgiveness and an underlying bit of religion; which is extremely appropriate during the holiday season. The movie, loaded with A-list African American actors and actresses was still a little predictable for me. The script, although well-acted, wasn’t exactly unexpected. I found myself calling out the next line before the actors and predicting the next series of events before they were even revealed. Despite the predictability, the film still provided hearty laughs that successfully broke up the serious drama of situations and evoked emotion that not even the heartless tin man would resist. See it or skip it? Gather a group of your closest friends and see it! 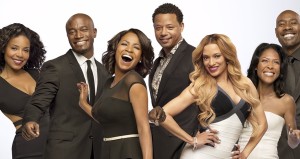