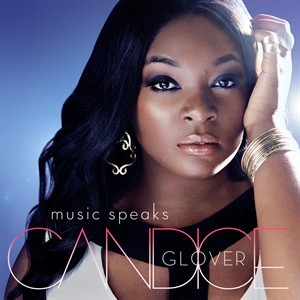 We all watched Candice Glover sing her way to stardom when she won season 12 of American Idol. We cheered from our couches and ran up our phone bills voting for her as she reinterpreted some of our favorite songs and created some special moments for herself on the show. Remember how she jazzed up John Legend’s “Ordinary People”? What about when she dropped the beat on Ben E. King’s “I Who Have Nothing” and sang it completely accapella? Well, I said all of that to say this, the girl is talented.

Now, American Idol produces a lot of talent that comes and goes. They do well on the show, get the votes and then they seem to fade away. I’m not sure this will happen to Glover. She recently released her debut album and it didn’t seem to have the same cheesy, false inspirational, American Idol footprint (see Ruben’s “Flying Without Wings” or “Clarkson’s Moment Like This”). Instead Glover gave a powerful voice to real and often difficult situations.

The CD opens with Glover belting the ballad “Cried”. The song speaks of a painful relationship where she attempted to be someone she’s not. Although the theme is sad, she doesn’t sound sad singing it. She sounds strong. “I tried to be the girl that never complained/ but holding it in is driving me insane/ so I cried,” she sang with powerhouse vocals and professional control.

We have all gotten ourselves into a situation or two that we don’t know how to get out of and Glover, with precise riffs and runs, tells of a bad habit that she must break. “Why don’t I run while I can cause I always end up loving the same kinda man?” she confesses. She definitely reminds the listeners why they voted for her in the first place.

About six or seven tracks into the CD, I found myself wants to hear something more upbeat. Glover delivered with “In the Middle”. The mid tempo track had me tapping my feet and nodding my head within a few seconds. The song is only about four minutes long, but I could listen to four more minutes… or just play the song again.

“One of the greatest performances in the history, twelve years, of American Idol!” Randy Jackson yelled from the judged table when Glover performed The Cure’s “Love Song”.  The performance got her a standing ovation from all four judges, a series of bows from Keith Urban and a glitter shower from Mariah Carey. It would have been a tragedy to music lovers had she not covered that song on “Music Speaks”, but she does.  It is a perfect way to end the 11 track compilation.

Overall, “Music Speaks” is a great way for Glover to introduce herself to the industry post AI. Her vocals and stellar, the lyrics are high quality and the production is anything but amateur. This is a classicly Rhythm and Blues collection of mature and relatable love themed songs that will make you remember your first love and daydream about falling in love again. Play.