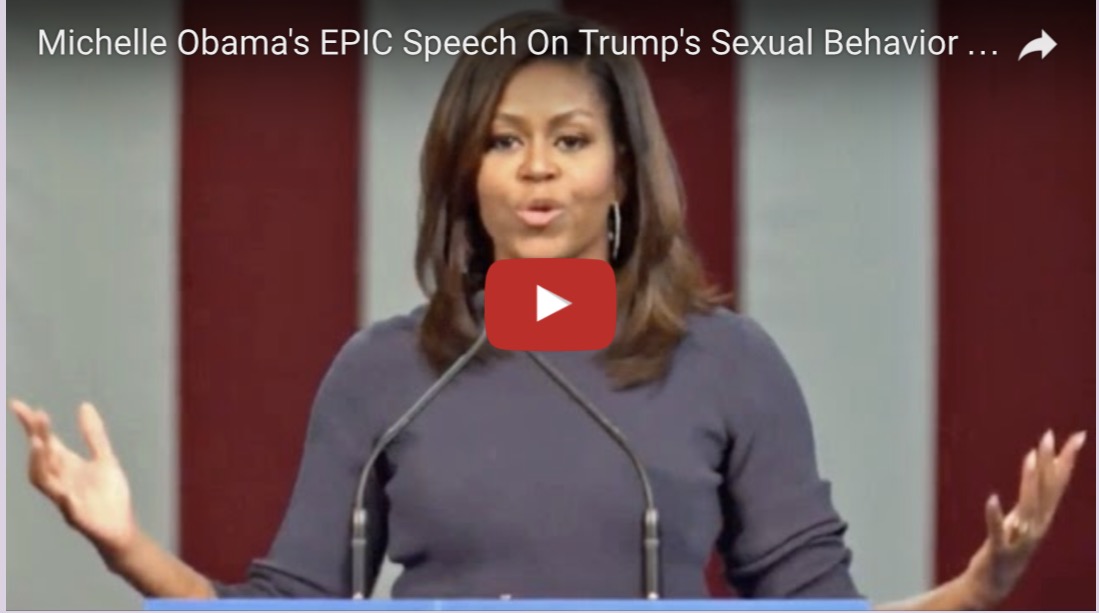 Yesterday, the President and First Lady gave an emotional and compelling speech at the GOP rally in New Hampshire. The speeches not only dismantled The Donald, but also provided a news flash for all voters, especially the Republican Party. 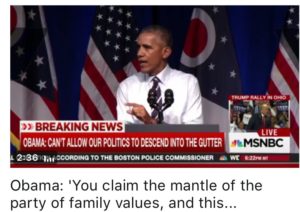 As you may know, recently a large amount of politicians-some who are running for spots in the Senate- have notably withdrawn their support from Trump after his recent “grouping” and ignorant shenanigans. POTUS says they don’t get credit for that!

We could do our best to describe the clever eloquence of our First family, but we don’t think we will be doing the conviction any justice. Let me be the first to say, President Obama didn’t hold back!

Here are some quotes that set the GOP on fire,

“The person that they nominated and endorsed is caught on tape saying things that no decent person would even think much less say, much less brag about, much less laugh about, or joke about much less act on.”

“You can’t support him until that finally happens and say oh thats too much and think that you’re showing some kind of leadership.”

“I am more forgiving of those who truly believe it [Trump’s words.] Instead of those who know better but stoodyby for polictical expediency, because it was politically convieint. “

“You claim the mantle of the party of family values, and this is the guy you nominate?”

“Youre the party of that’s tough on foreign policy… but you nominate a man who’s role model is Valadmir Putin?”

As if the POTUS words were not enough, the FLOTUS followed up with an argument just as strong.

“We won’t be just setting a bad example for our kids, but for the entire world. Because for so long, America has been a model for countries across the world…insisting that they give more rights to their women…how can we maintain our moral authority throughout the world.”

When President Obama’s refers to the credit that will not be given for withdrawing support in the final hour, he is nothing short of correct. Trump has said and done things much worse than this. This should not have been the final straw. The Republican Party’s nomination is a strong force of hypocrisy when it comes to their fundamental principles.

Why did the FLOTUS have to come through with so much truth? For so long, America has inspired other countries to do better in their polices. It is absolutely critical that we remain dilligient in ours.

We hope you enjoy the video! We will miss our First Family.