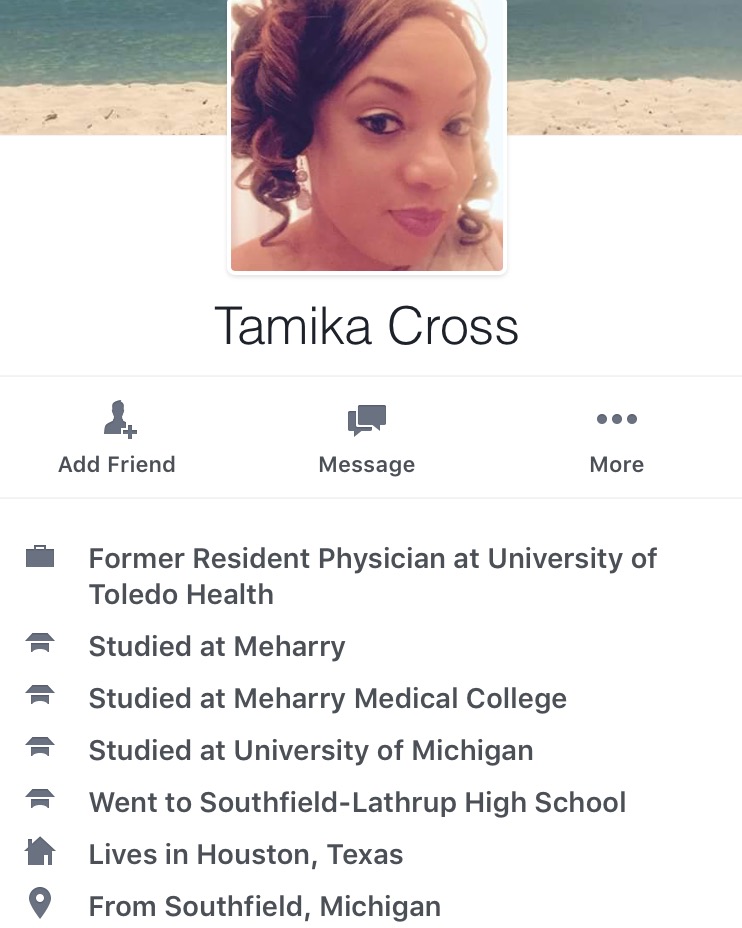 Let’s take our eyes off the Trump catastrophe.

Dr. Tamika Cross has filed a discrimination complaint against Delta airlines and when you hear the story, you’ll understand just why.

During a Delta flight, a man went unconscious. The flight crew went on the intercom and stated that a medical doctor was needed to assist the unconscious man. Dr. Cross then stood to let them know she could be of assistance. She was answered by a female flight attendant who responded basically saying something around the lines of I’m sorry, we are looking for real doctors, not a nurse assistant. When Dr. Cross responded that she was an actual doctor, the flight attended proceeded with asking her condescending questions like, “what kind of doctor?, can you show me some credentials…,” and more.

She states that while she was being asked questions, a White man walked to the front saying he was a doctor and was immediately accepted by the crew and allowed to help the man. Get this! Then Dr. Cross says the White doctor was unable to accurately help the unconscious man. At that point, the flight crew had no choice but to request her help.

Dr. Cross said she was repeatedly offered air miles for comfort AKA her silence.

She has done all she can to spread the word about her experience. Read full Facebook status at https://www.facebook.com/tamika.cross.52/posts/658443077654049

As a Black Physician, I believe that Dr. Cross has all the reason to believe that the flight crew was discriminating and very disrespectful. The issue is that Black women suffer at the hands of intersectionality everyday. It’s sickening to think that while a man is unconscious, a human being can still find time to simultaneously be a force of ignorance in the world. The flight attendant further delayed the process of helping the unconscious man. I hope that Delta finds a way to fix this. There is no way to prove that race or sex wasn’t a factor.