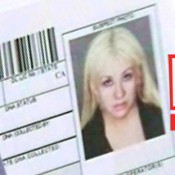 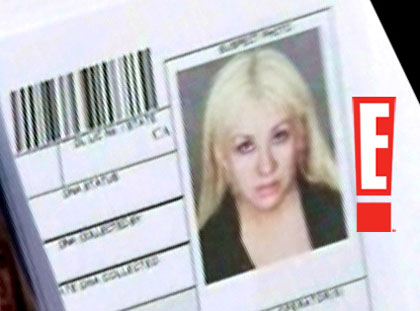 Christina Aguilera Arressted for Being Drunk!

Turns out the “Genie in a Bottle” singer was hittin’ some bottles of her own for some good old-fashioned fun this past Monday morning. California officers arrested the Grammy-winner in the early hours of the morning for “public intoxication” …  just when we thought her dirty days were over!!

X-tina and boyfriend, Matthew Rutler, were pulled over March 1 around 2:45am when officers noticed suspicious driving in West Hollywood. Driver, Matt Rutler, was quickly arrested for driving under the influence. The deputies then determined that passenger Aguilera was “extremely intoxicated” and unable to care for herself. Thus, they had no choice but to take Christina into custody as well.

Following her National Anthem mishap this past Super Bowl Sunday, poor Christina probably needed a few drinks. And, I doubt it takes much to get the 5’2” and 100lb songstress wobbling away from her drink table.

Sources believe that if Rutler had not been pulled over, Christina would have never gotten into any trouble. Not to mention, her new boo wouldn’t be facing a $5,000 bail according to the L.A. County Sheriff’s department.

Pink, a fellow chart-topper, chimed in about X-tina’s arrest via twitter: 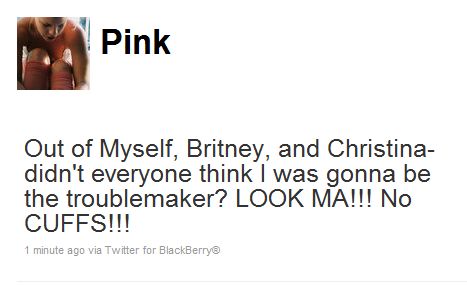 While Pink jokes about the irony of her rebellious image and present cuff-free status, reports suggest that Christina’s problems are in fact very real. Supposedly, sources close to X-tina have urged her to seek rehabilitation for weeks.

Christina, I hope you listen to the people that love you most and find the help you need! In the meantime, at least get a cab… that would have saved you everything but a hangover.