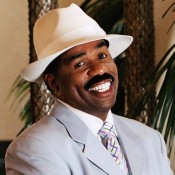 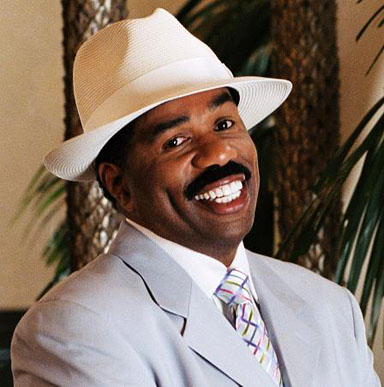 Ahhh Valentine’s Day!  The day to celebrate with all the loved ones in your life.  Many of you may have received flowers, balloons, or maybe even cookies.  Actor and comedian Steve Harvey told TMZ that he celebrated the holiday in the spirit of giving by sending his ex-wife a gag order reminder inside a box of chocolates.

Now hold on ladies!  Before you go getting upset, Harvey’s ex, Mary Lee Harvey may have deserved the little prank.  She has been making headlines for posting a series of YouTube videos bashing her famous ex’s name.  Mary Lee claimed that her former husband engaged in affairs during their marriage and behaved as a poor father.  Her claims also mentioned that the funny man left her with nothing after their divorce in 2005.

Mary Lee Harvey took her complaints to CNN’s HLN News and Views saying she posted the YouTube videos six years after their divorce because she was “tired of the bullying by Steve and his staff.”

Despite the former Mrs. Harvey’s claims, The New York Daily News reports that she was not in fact homeless nor evicted from her home.  According to Judge Robert Dry who issued the gag order, Mrs Harvey was rewarded three homes, received $40,000 per month through March 2009 and then an additional $1.5 million.

The former couple will meet back in court on March 10 for the gag order violation.

Sure, YouTube videos may have been extreme but can you blame her?  Remember, “all is fair in love and war…”