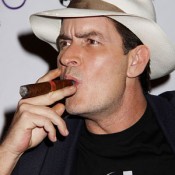 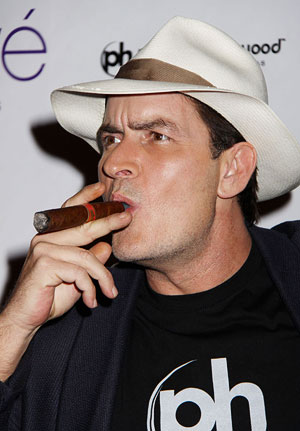 “At the outset,” begins Spiegel, “let us state the obvious: Your client has been engaged in dangerously self-destructive behavior and appears to be very ill.”

The letter goes on to describe what producers characterize as one attempt after another to help Sheen, 45, by visiting his home, reaching out to his family, giving him time off and even making a private plane available to take him to rehab after his most recent highly publicized partying ended with the actor in the hospital.

“Regrettably, Mr. Sheen failed to continue with his rehabilitation program,” says the letter. “The result has been a series of well-chronicled and increasingly erratic outbursts that have culminated with Mr. Sheen’s public tirades of the last few weeks.”

Along the way, Sheen noticeably has lost weight, missed rehearsals, flubbed his lines and made “inflammatory comments” – mostly directed at the show’s co-creator Chuck Lorre – that were “poisoning key working relationships.”

Seems like Warner Bros. has been following the situation pretty closely and they have justification for their actions. What’s more disturbing is the way that Sheen responded.

“This is very good news,” he said. “They continue to be in breach, like so many whales. It is a big day of gladness at the Sober Valley Lodge because now I can take all of the bazillions, never have to look at [expletive] again and I never have to put on those silly shirts for as long as this warlock exists in the terrestrial dimension.

Dealing with someone with an addiction is not a light matter and affects everyone involved in the situation. I agree with Warner Bros. that people close to Sheen need to intervene and get him the help that he needs.It’s never easy to watch someone you love hurt themselves, however if there’s an opportunity to help…you should take it. Sheen has clearly been trying to ride this media coverage until the wheels fall off. His tweets are self-indulgent and a little wacky. He had a good seven year run on “Two and a Half Men” and I hope…with treatment that he will be able to regain his focus in a new element.

What do you think those closest to Sheen should do?

Has he truly been healed? Or is it a bunch of crap?

Have you ever confronted someone close to you about an addiction?

How did you handle the situation?