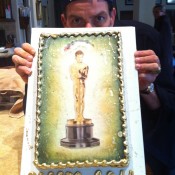 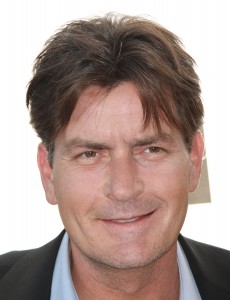 You would think that Charlie Sheen has already hit his “all time high” of outrageous behavior when he admitted to spending $50,000 for sexual services performed by 27 different prostitutes in 1995. But, America’s notorious “bad boy” has once again earned himself a return #1 spot on entertainment websites, news stations and magazine stands…. for being absolutely ridiculous!

Sheen’s behavior has been anything but steady this year and has raised concerns for producers of his hit CBS show, “Two and a Half Men.” It seems that even after being the highest paid sitcom star in television, Sheen can’t seem to gain control of his personal life. After a weekend in Vegas that resulted in a missed day of work, followed by hospitalization and various other questionable instances, CBS Entertainment President Nina Tassler expressed “a high level of concern” over Sheen’s misbehavior.

Since then, CBS has officially canceled “Two and a Half Men,” for the remainder of the season due to Sheen’s withering attacks on the show’s creator, Chuck Lorre. Following the network’s decision, Charlie can’t seem to keep quiet.

In a recent E! interview following the cancellation, Sheen referred to Lorre as a “retarded zombie.”  Charlie continued to say,

“Chuck was on his way out and this is the gratitude I get, him up in my grill. He tried to impose his silly ideas on me, he told me I need to make a big announcement to everyone and apologize for the dark cloud I brought to the show. I said, ‘Get out of my face with your corduroys.'”

“These fools are so predictable. I’m suing for front end and back end and want them to get out of my personal life,” Sheen tells E!. “For eight years they were control freaks. Look at what a guy, me, delivers. I don’t roll with amateurs. If you wanna stay up till Christmas partying, you’ve got to work. They’re complete pussies.” 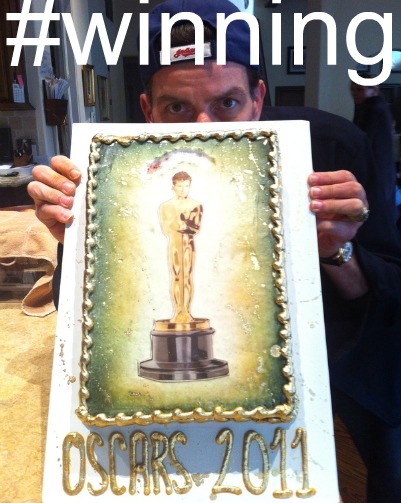 What remains to be most evident throughout the media history of Charlie Sheen is the fact that he is very unstable. And while it’s impossible to diagnose any person at a distance, his latest behavior has led many onlookers to question whether he’s still doing drugs and denying addiction. Or, perhaps, Charlie may be displaying manic symptoms of bipolar disorder.

Sheen has exhibited manic tendencies through his inability to sensor what he says or how he behaves. In fact, he’s reportedly so out of control that his long-time publicist, Stan Rosenfield, recently told The Hollywood Reporter, “I’m unable to work effectively as his publicist and have respectfully resigned.”

“I’m bi-winning. I win here, and I win there. Now what? If I’m bipolar, aren’t there moments where a guy, like, crashes and is lying in the corner, like, ‘Oh my God, it’s all my mom’s fault’? Shut up. Shut up. Stop, move forward.”

I’d say he’s past due for another intervention…. yesterday.

Weigh in….do you think an angel needs to step in and save Charlie?