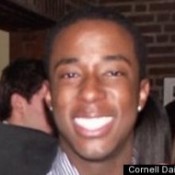 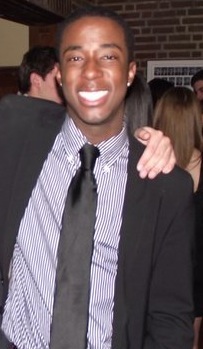 Desdunes was found unresponsive in the SAE house at 7 a.m. Friday. He was transported to Cayuga Medical Center, where he later died, according to the Ithaca Police Department.Police say they believe alcohol may have played a role in his death, but the official cause will be determined by an autopsy, officials said.

Police have searched the fraternity house where Desdunes was a member. His fraternity brothers have met with university administrators.

“I understand there will be speculation about the causes of this terrible tragedy,” President David Skorton said in a statement to the Cornell community. “Once [the investigation] is complete and we have all the available facts, we will inform the community and share decisions regarding the appropriate course of action.”

“We’re focusing on sticking together as a brotherhood to remember George and give our thoughts and support to his family,” Eric Barnum, president of the Cornell chapter of Sigma Alpha Epsilon.

The brothers said they plan on traveling to Brooklyn to attend Desdunes’ wake on Thursday and funeral Friday. A memorial service in Ithaca will be held Wednesday, according to the SAE statement.

My heart goes out to the family and friends of George Desdunes, such a senseless loss of life. I hope that we can learn from this death to be more observant of the type of environment that our kids will be in for their undergraduate collegiate experience. I think that parents need to sit down with their sons and daughters to ask the tough questions:

By asking these very tough questions we can get an idea of the time of situations our children may be putting themselves in.

Do you have any suggestions for parents of college students who are away from home?

According to the Wall Street Journal:

Cornell University officials say they’ve temporarily suspended the fraternity where a student was found dead last week in what authorities are calling an apparent alcohol-related death.