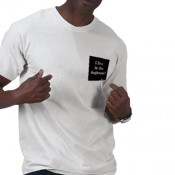 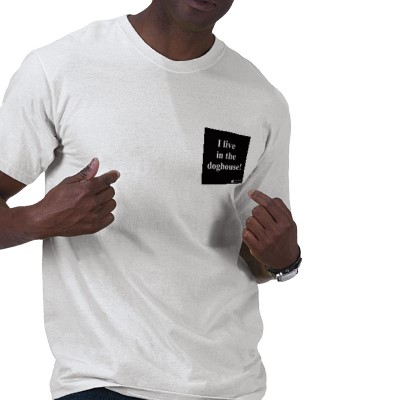 She TOLD YOU TO, and You’re in the Doghouse??!

It isn’t news that women don’t always say what they mean. Rather, your lady will sometimes say what she wants you to “DECODE.” And, you need to be fully aware of what’s going on before…..it’s too late. By the time some of yall “get the hint”, they’re already collecting dust, dander and the scent of milk-bones in the doghouse.

Below are a few examples that point out “WHAT SHE SAYS” is not what she WANTS:

“I think I just want workout stuff for my birthday. You know, I’ve been trying to get in shape and I’d love some new outfits and equipment to get me motivated.”

Wow, she’s so easy this year. I’ll buy her workout tops with matching bottoms, a yoga mat, fitness DVD’s, a diet book and an exercise machine. I can do all the shopping in one place.

Buy her workout tops with matching bottoms, a yoga mat, and a fitness DVD. BUT, also get her a Starbucks gift card, her favorite perfume and concert tickets. If you are 100% investing in her “get in shape” initiative on behalf of her birthday, she is likely to take it the wrong way. Even though it’s what she asked for, and even though you don’t mind some curves, you’re destined to give her the wrong idea. Avoid ending up in the doghouse by adding unrelated gifts and acknowledging you love her just the way she is. 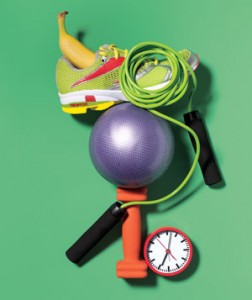 “If you weren’t dating me and you were dating one of my friends, who would it be?”

This is a very odd question. I can’t believe she’s asking me this. I guess her friend Adrienne does have a nice body…  maybe her? But, Candice is pretty attractive too. Should I say this out loud?

“Baby, I don’t even want to think about that. You know that I want nobody if I can’t have you.” As a significant other, you never want to express the slightest potential interest in one of her close friends. This question should never be actually answered because it will only fuel your girl’s insecurities. This question is purely a trick!

“Yeah, if you want to go to the strip club tonight for Eric’s bachelor party, that’s fine. I just want you to do what you want to do.”

I have the coolest girlfriend. None of my ex-girlfriends were this lax about stuff like this. I’m going to reply, “Attending” to my Facebook invite now!

“It’s Eric’s bachelor party and I want to be a part of the celebration. But, you know that you mean the world to me and I’d never do anything to threaten our relationship. I think we should spend some quality time together tomorrow night- just you and me. “ First and foremost, she’s probably wanting some words of affirmation that remind her she can trust you. Always be careful with phrases like, “I just want you to do what you want to do.” If you take that for what it is and say, “Okay, I want to go!” you may come off a little insensitive.

Have any other examples of what a woman REALLY means when she says certain things? Drop it in the comment section!