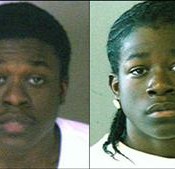 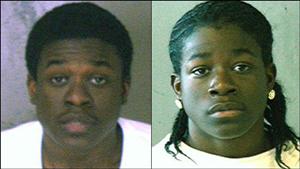 Bloody Knife Is Left At The Scene Of The Crime

Lately I’ve been finding a lot of stories about FAMILY violence. Smh…this has got to stop! Where is the love?

Police arrested Eugene Quatron McCoy, 21, and charged him with 3 counts of murder and aggravated assault. McCoy is the brother and son of the victims, police said. McCoy is being held in the DeKalb County Jail.

A woman who escaped the attack and ran to a nearby home to call police is the only survivor of the assault, officers said. Police had not identified the stabbing victims.Records obtained by Channel 2’s Tom Jones showed McCoy had been arrested before, including twice for violating family violence orders. He was recently released from jail on criminal trespass charges.

Jones said that knife remained under a chair at the house on Rockland Road in Lithonia more than 12 hours after police cleared the scene. Police later admitted they should have collected it and a crime scene technician returned to collect it. 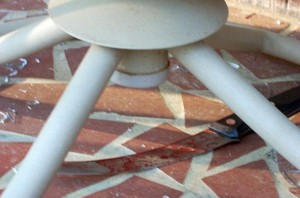 “I’m not understanding how they missed it and it was right on the porch. It had to be the murder weapon but I just don’t understand how DeKalb County missed that,” neighbor Lashonda Nelson said when she learned the knife was still on the porch.

This story is just sick. I’m sure that this guy could have been helped…if he had received treatment. Don’t wait until it’s too late.