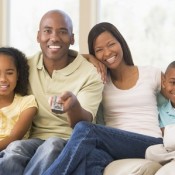 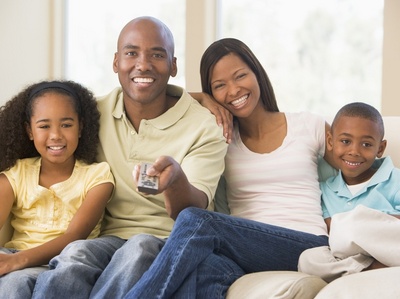 Bounce TV Aims To Target Blacks and Launch In the Fall

All my sisters and brothers, prepare yourselves for a NEW kind of entertainment! I have a feeling we’ll all be adding Bounce TV to our list of TV-favorites very soon. A team of executives—including former UN Ambassador Andrew Young and Martin Luther Kind III, officially introduced plans to launch an unprecedented and exclusively targeted television network this fall for African American viewers!

For the first time ever, Bounce TV will offer over-the-air broadcasting programmed exclusively for an African American audience. This soon-to-be aired network will target 25-54 year old African American adults with a schedule of general entertainment, sporting events and off-net series. The time for our black community to get more targeted television programming  is long overdue… but, it has indeed arrived!!

“There are nearly 13 million Hispanic television households that are served by dozens of Spanish and Spanish-language versions of networks,” Bounce TV executive vice president, Ryan Glover, said. “Yet, the more than 14 million African American TV households have just a few dedicated cable channels–and no over-the-air networks . . . until now. Bounce TV will fill the void for people who are hungry for more African American-related programming, stories, characters, sports and events.”

Bounce TV will be supported by ads, half of which will be available for local affiliates. Jeffrey Wolf, former executive vice president of U.S. Syndication Sales of Sony Pictures Television and current head of The Lobo Group, will head the distribution of this new television program. 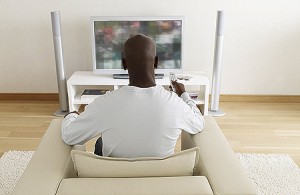 Bounce executives have worked out a deal with the Urban Sports Entertainment Group for football and basketball games from the Central Intercollegiate Athletic Association. Moreover, the network has lined up rights to nearly 400 titles from multi-year licensing agreements with NBC Universal, Sony, Codeblack Entertainment and Image Entertainment.

The network’s program setup will offer a little something for everyone, Bounce TV will be majority owned and operated by African Americans. In addition to Young and Kind, the executive team includes Will Packer and Rob Hardy—co-founders of Rainforest Films. Former Tuner Broadcasting exec Johanthan Katzwill will team up with Glover as a Bounce TV Executive Vice President.

Will you be tuning into this new network?