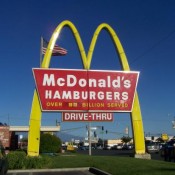 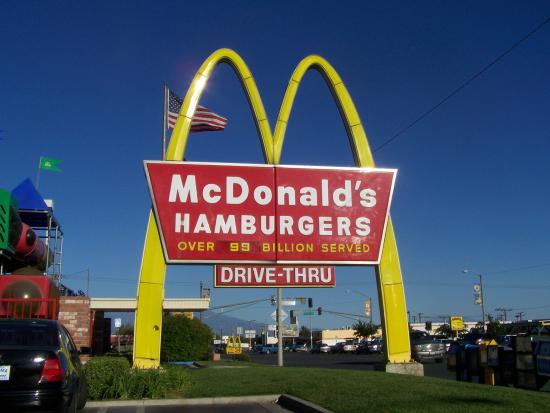 In more restaurant news, two black girls beat up a white transgendered woman so badly that she started having seizure like symptoms. The attack happened in a McDonald’s just outside of Baltimore, Maryland.

At one point the suspects, identified as a 14-year-old girl and an 18-year-old girl, pull the victim to the floor by her hair, even ripping off a wig. They drag her into the main dining room. Then after a powerful blow to the head, the victim appears to have a violent seizure, and as she bleeds from the mouth, spectators warn the attackers to flee before cops arrive.

McDonald’s posted a statement on its national website that reads:

“We are shocked by the video from a Baltimore franchised restaurant showing an assault. This incident is unacceptable, disturbing and troubling. McDonald’s strives to be a safe, welcoming environment for everyone who visits. Nothing is more important to us than the safety of customers and employees in our restaurants. We are working with the franchisee and the local authorities to investigate this matter.”

The 14-year-old has been charged for assault as a juvenile; the 18-year-old will be charged as an adult.

The victim was taken to Franklin Square Hospital for treatment.

The State’s Attorney’s office is investigating whether the attack was racially or gender motivated to determine if other charges will result.

The victim, 22-year-old Christy Lee Polis decided to speak to the Baltimore Sun about the attack.

Watching the video of the attack left me with so many questions. It’s really disgusting to think that as HUMANS we could just watch somebody overpower someone like this and it’s entertainment. The victim clearly was being viciously attacked for SPORT! Why didn’t anyone step in to stop the fight? How were McDonald’s EMPLOYEES filming this attack? Who is responsible for something like this? Have we gotten to the point were we just don’t value human life anymore?
Let me know what you think about this one!