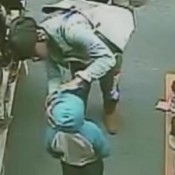 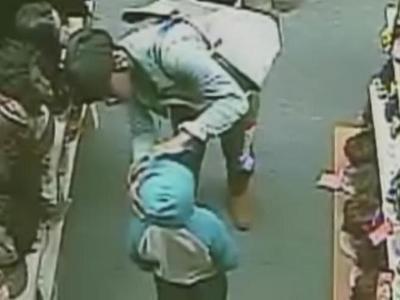 Little Boy Coached By Mother to Grab Purse with $300 Inside

It’s one thing to commit a crime but it’s a whole different story when you include YOUR CHILD in your shenagians!

One mother has allegedly used her young son to help steal purses from the hair store.

Police in Wilmington, Delaware are trying to identify a woman and a boy who allegedly stole a purse containing $300 from a wig store over the weekend.

Cops were called to the store Saturday night around 8:35 after receiving a theft complaint.

When they arrived they were told by the store owner that his mother’s purse was stolen out of the back of the store.

The owner has a surveillance video of the woman telling the boy to go into the back room and swipe the purse.

In an amazing twist, once the women has the stolen cash she can be seen on tape turning back into the store to get her eyebrows done.

For her to return inside the store and get her eyelashes ‘did’ was just filthy! She basically tried to make a mockery of the whole situation. If you can help identify this woman contact the authorities in Wilmington. This little boy is being set up to lead a life of destruction! Help him while he still has time to run…..

After watching the video what are your reactions? Do you think that this is the first time she’s done this?