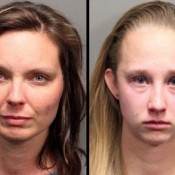 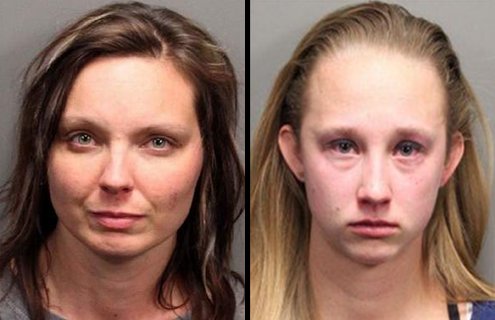 Both Woman Charged Within Weeks Of Each Other

What’s really going on in the world when SPECIAL EDUCATION teachers are sleeping with students?

Bethyl Shepherd, 34, Marie Fisher, 21, who worked in the same department, were arrested within weeks of each other after officials found out about their affairs.

Both women worked in the Special Education Department at Reeds High School in Sparks, Nevada.

Investigators claim Shepherd drove to a secluded spot on April 7th where she had sex with both 17-year-olds.

After her arrest she claimed one of the teens forced her to have sex while the other watched.

Detectives said Shepherd’s account of the incident did not match up with witness statements and evidence gathered through the investigation.

‘Well, there are two sides to a story but what her allegations are at this time are not quite matching up to the accounts of what was reported to us.’

Shepherd was charged with two felony counts of sexual conduct between a teacher and a student. Her bail was set at $4,000.

Her arrest came a month after Fisher was arrested on charges of sleeping with a 15-year-old at the school.

She is alleged to have sent him a photo of her ‘half naked breast’ and later slept with him.

During police interviews Fisher told detectives she knew it was wrong to sleep with a student.

Fisher was booked into the Washoe County Jail on charges of sexual misconduct and seduction of a male student under 16 years old. Her bail was set at $7,000.

School officials said staff at the High School will be given extra training on appropriate behaviour and personal relationships with students.

Hide yo kids from some people folks!