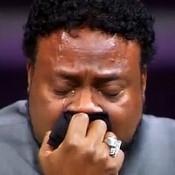 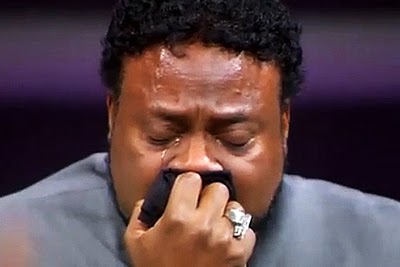 Mediation Talks Break Down, Judge Is Preparing For Trial

We now have an update on the Bishop Eddie Long situation! After preaching his very confident Easter Sunday sermon the WSBTV is reporting that mediation talks between Long and his four accusers have broken down.

“Sometimes when you think you got something resolved, something will come up,” Mediator Elmer Gobel said.

It was Easter week when the judge in the case said the parties engaged in a marathon mediation session and came out of it close to a settlement.

Now Judge Johnny Panos said he is preparing for a trial in August or September. He wouldn’t say why he no longer believes the two sides are close to a settlement.

Gobel, who has no connection to the Long case, said mediations are often contentious and drawn out affairs. “It’s not the kind of thing that you sit down at a table and 10 minutes later everybody’s agreeing,” he said.

Gobel also trains mediators. He says mediation can be grueling and emotionally charged.

“It’s kind of like putting a piece of a puzzle together,” Gobel said.

Gobel said one day you can have an agreement and then the next day it’s gone.

“Sometimes you think you got an agreement that’s airtight and as attorneys or others will sit down and look at words. Words mean different things to different people,” he said.

Bishop Long’s spokesperson would only say there is nothing to report when asked about a settlement in the case.

Attorneys for both sides did not return phone calls seeking a comment.

Now, I’m just wondering what happened to break these talks down so fast? I feel like this trial is going to reveal a lot of details that we’re currently missing!

Should Eddie Long have skipped mediation and went straight to trial? What do you think the case will reveal?