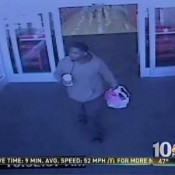 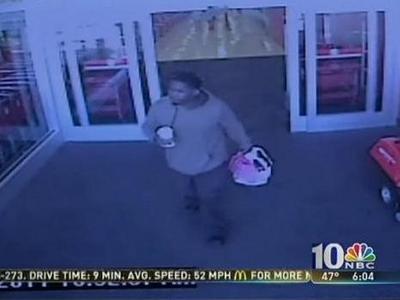 A Thursday morning coffee run at a Wayne, Pa. Starbucks reportedly took a dangerous turn when a mother and her 1-year-old child were allegedly held at gunpoint while walking back to her car.

And in a wild twist, a man police say went on a nearly $1,000 shopping spree later in the day is now a person of interest in the crime.

Police responded to a report of a robbery at the 216 E. Lancaster Ave. coffee shop just before 10 a.m., according to Radnor Township Police.

The victim told officers that she was in the back parking lot putting her child in her car when a man came up behind her, held a gun to her head and robbed her, police said.

“The only thing he told her was not to turn around and if she would turn around that he would shoot her. So she complied, she turned over all the jewelry as well as her watch and he removed the bag from her car,” said Radnor Township Police Sgt. Andy Block.

Thankfully the victim and her child were unharmed.

The alleged robber was described as a black man, about 6-foot tall wearing a tan outfit with tan work boots, according to descriptions given to police.

He fled the scene on foot before reportedly jumping into a white vehicle — possibly a Toyota — and driving off, according to cops.

The car was last seen heading south on the Blue Route towards the Target at the Springfield Mall, police said.

While in the store he allegedly racked up more than $900 — mostly in gift cards — on a credit card that wasn’t his, police said.

His last purchase was ironically at the Starbucks inside that store, cops said. He could even be seen on video walking out of the store with a Starbucks cup in his hand.

Anyone with information about the incident should contact Detective Joseph Paolantonio at 610-688-5606 ext. 122 or at [email protected]