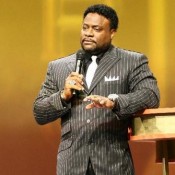 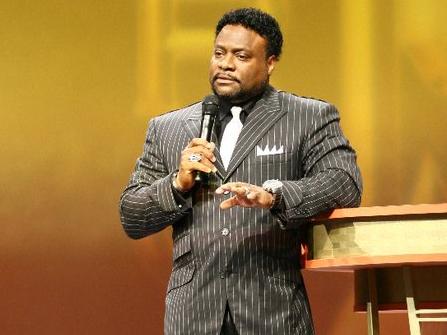 I’m guessing that because of the need for increased revenue, Bishop Eddie Long must expand his flock outside of the Atlanta area.

The Denver church will run under the leadership of Elder Darius Wise and First Lady Chajay Wise. Wise is the young man who’s currently the Chief Ministry Officer of New Birth Missionary Baptist Church and its ministers. The church will open in in about three months.

Long also said the Lithonia megachurch recently received its certified audit back from 2010 and 2009. He didn’t explain why the audit was conducted.

“All your money’s being done right and being calculated right,” he said.

Parishioners who were financially able were also asked to make larger donations ($500 to $1,000) as a seed for the ministry.

I’m sorry, but we just DON’T believe you Bishop! The settlement was a rumored $15 million, and I’m guessing he’s looking for some way to pay for his indiscretions. At this point, I’m wondering if Atlanta is getting too hot for the Bishop to remain? Could this be part of a plan to oust Long out of the Atlanta mega church and into one of the new ministries?

Do any of you plan to donate to the expanded New Birth Ministries?