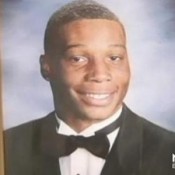 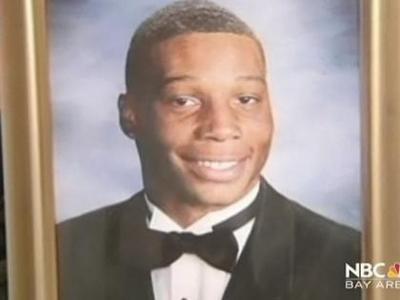 “below his buttocks, but above the knees, and his boxer shorts were showing.” 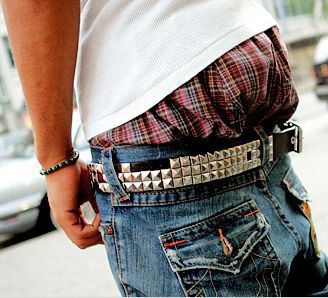 Rodriguez tells the San Francisco Chronicle that the employee asked Marman to pull up his pants, but he refused. She then asked him to leave the plane.

The officer says that after 15 minutes, Marman got off the plane and was cited for trespassing.

Marman’s mother, Donna Doyle, tells the paper that her son had attended a friend’s funeral and he was still in an emotionally raw state.

Marman was jailed for a day in San Mateo County on suspicion of trespassing, battery and resisting arrest before being released on $11,000 bail Thursday.

“When I get on a plane and see a 13-year-old girl with her whale tail” – exposed G-string underwear – “and fat old white guys with plumber’s crack sitting down, and middle-aged ladies in halter tops and tons of cleavage – if you’re not going to kick those people off the plane or ask them to cover up, then let’s admit the hypocrisy.”

I’m not a fan of saggin’ pants worn by ANYONE! However, if they’re going to single out saggin’ they should make an effort to create a dress code of sorts so this doesn’t seem so discriminatory.

Do you think the flight attendant was right or wrong in this case?