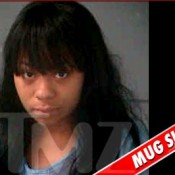 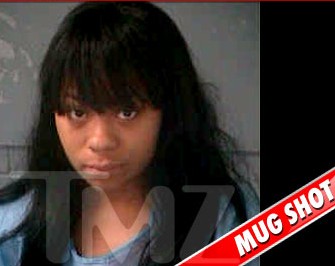 According to law enforcement sources … Nivea was on the road around 1:30 AM on Sunday when she plowed her ’06 Mercedes right into a tree that had fallen into the road during a recent storm.

We’re told when cops arrived at the scene, Nivea had “bloodshot, glassy eyes and smelled like alcohol.” Nivea told police she only had 3 drinks earlier in the evening … and didn’t see the bright yellow crime tape and the traffic cones directing cars away from the downed tree.

Nivea was eventually arrested on suspicion of drunk driving and reckless driving. We’re told the child in the car was not injured and was released to Nivea’s boyfriend.

I’m glad that the baby was okay! This could have ended up UGLY. I’m wondering if the small child was the one that belonged to “tha Carter”? I wonder how he feels about his baby mommas celebrating together…without him?

It was also said that Nivea told the arresting officer,

I’m sure that with several children by The Dream, and one son with Lil’ Wayne she just may be able to do that.

What do you think? Was Nivea under the influence or just a bad night driver?