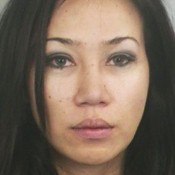 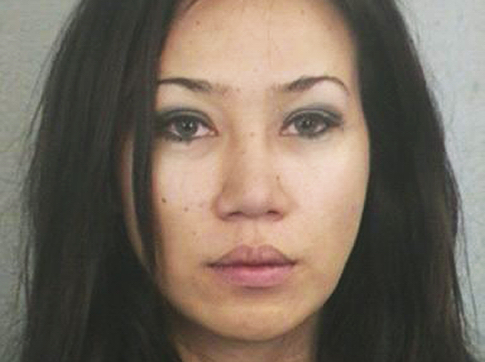 A 30-year-old Florida woman was arrested just hours after her wedding for beating and biting her new husband, cops said.

Bernadette Catan-Keeler, 30, was charged with domestic violence battery Sunday after her new hubby told police she attacked him at a hotel and then later at their home in Lighthouse Point, Fla, the Orlando Sentinel reported.

The two were celebrating their nuptials at a Ft. Lauderdale club Saturday night when Mike Keeler said he spotted his new bride dancing with another man, the newspaper reported.

Keeler said he left the club and went back to their honeymoon suite at the W hotel, followed shortly by his wife, who was drunk.

The two began arguing and she pushed him and bit him on the shoulder, cops said.

The wounded groom then retreated to the couple’s love nest in Lighthouse Point, but Catan-Keeler showed up later and continued the attack, biting his arm, throwing water on him and ripping his shirt, cops said.

Cops who showed up at around 8:30 a.m. on Sunday said they heard a woman screaming for help and spotted Mike Keeler shirtless and holding his wife, the Sentinel reported.

Catan-Keeler told cops the marks on her husband’s shoulder were from some kinky “fooling around,” but admitted she bit him on the arm after her pushed her.

She was held on $4,500 bond Monday. Her husband asked the judge for leniency, saying Catan-Keeler may have been drunk or high.

A Broward County judge ordered her to stay away from booze – and her husband.

“For newlyweds, this is not starting things off on the right foot, for sure,” the Sentinel quoted Judge John Hurley said. “I hope this is a small bump in the road and you two can iron it all out and have a nice long life together.”

That’s why people should do MARRIAGE COUNSELING…BEFORE the WEDDING!

Do you think the couple will survive this fiasco? Do you have any wedding night horror stories?