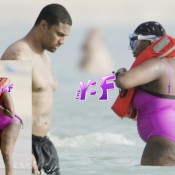 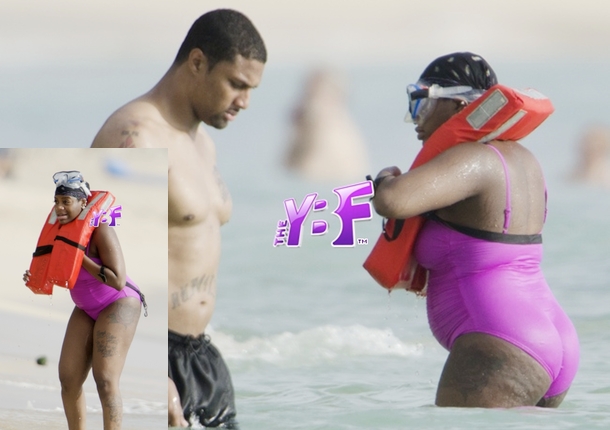 Singer May Be Packing On the Pounds For Movie Role

She appeared in photos taken over the weekend looking very….umm bellylicious.

Although Cook is reportedly in divorce proceedings he has yet to sign those “papers”. Maybe he should take a hint from Usher?.

Barrino was previously pregnant with Cook’s child but decided to have an abortion. The famed singer also had a hospital stay when media found out about her affair with Cook, after she tried to commit suicide by overdosing on pain pills. Barrino testified that she knew Cook was married from day 1, so I’m not sure where her twinge of regret came from. She also continues to be seen in public with him, so I digress.

Although Barrino’s signed on to play Mahalia Jackson in an upcoming film and was rumored to be gaining weight for the role, I’m thinking she may have another role to play quite soon!

Look at the photos and you be the judge.