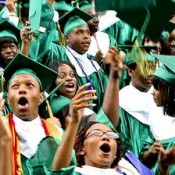 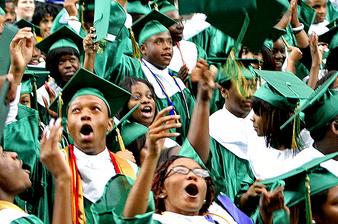 What did you wear to your high school graduation? Yes, I’m sure you looked good in that, but students in one school district have taken their graduation ceremony outfit…to whole new heights.

It’s seems that some students want to resemble workers at Magic City, rather than looking ready and able to conquer the world.

Students in one district in Chicago are attending the ceremony dressed in six-inch heels, G-strings, ultra-short shorts and skimpy tops.

The Chicago Sun-Times reports that a proposed dress code policy is being reviewed by the school board.

Brunetta Hill-Corley said the code should also apply to teachers and other school employees who attend graduation ceremonies.

She said: ‘When you come to graduation with hot pants, no stockings, 6-inch heels, G-strings and all other types of attire under a gown, that’s just inappropriate and highly disrespectful. 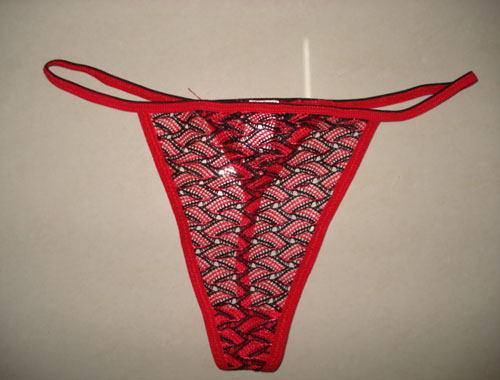 ‘Morals do start at home, but in the event they’re not at home, the school district needs to uphold them.’

‘As I watched the teachers or instructors that presided over the ceremony, there are certain undergarments I think they should have had on,’ she added.

You’re saying you have a standard that you want the students to uphold, so we have to be the example.’

Sonya Norwood, a school board member thinks that clothing should be checked at the door and those improperly dressed should be banned from participating in the ceremony.

We have parents who allow their children to wear anything — or half of anything — to school as well as to graduation. . . . Let’s look at the possibility of raising the bar at all ceremonies that you be properly dressed or turned away at the door.’

Do you agree or disagree with this proposed policy? Have students taken it too far in trying to emulate sexy looks?