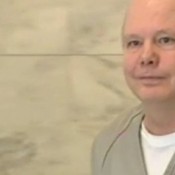 Reason 101 That Our Judicial System Is Not Perfect

In a weird twist that gives an excellent example of our imperfect judicial system, a man accused of child rape and recording it, will be able to watch the videos as evidence.

Weldon Marc Gilbert, a Washington man who is on trial for raping young boys and for producing child pornography, will be allowed in jail to watch as much of that child pornography as he’d like, according to a report from KOMO-TV.

The Washington State Supreme Court has ruled that defense lawyers have the opportunity to review all evidence facing their client, and because the 50-year-old is acting as his own attorney, he’ll be able to review all of that material.

Gilbert pleaded guilty in federal court in 2009 to producing child pornography, and received a 25-year sentence. But, The News Tribune reported, the deal was contingent on Gilbert also pleading guilty in state court to sex crimes, with prosecutors recommending a sentence of no more than 17 years, to run concurrently with the federal sentence.

When a judge told Gilbert his state sentence could be as long as life in prison, he withdrew his guilty plea.

I hope that when this case goes to trial he receives the FULL wrath of the jury. JUST SICK.