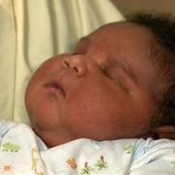 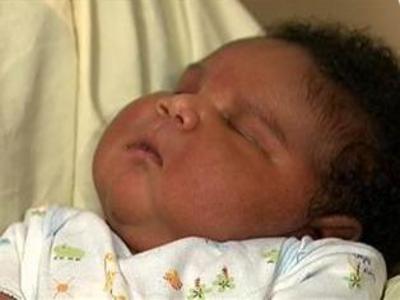 16-Pound Baby Is Biggest EVER Born In Lone Star State

People have always said that everything is BIGGER is Texas, and one newborn has put Texas on the map….for size.

JaMichael Brown was weighed at 16 pounds, 1 ounce and is exactly two feet long. The baby, born over the weekend to Janet Johnson and Michael Brown, was initially expected to be 12-13 pounds, still higher than the average of 7 and 1/2 pounds.

JaMichael is currently in the NCIU at Good Shepard Hospital in Longview, Texas.

The baby is the couple’s fourth child and first boy. His three older sisters at 18, 16 and ten.

She had suffered gestational diabetes during the pregnancy and, as a result, JaMichael is currently in intensive care in order to regulate his blood sugar. 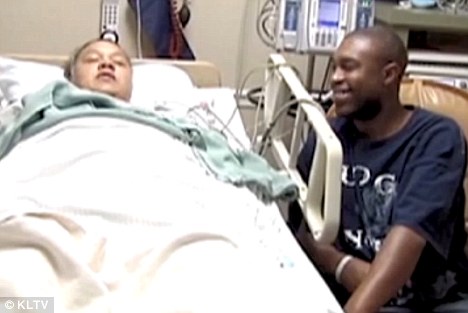 ‘I’m happy,’ Ms Johnson said. ‘We’ll be here for a few more days, and then I’m looking forward to bringing JaMichael home and just loving on him.’

Most hospitals in the Longview area reported babies of up to 14lbs, but it will take a few more days for officials to declare JaMichael the biggest Texas has ever seen.

Talk about a BONECRUSHER! I’m hoping that his parents are prepared to get that kid into some type of sports activity.