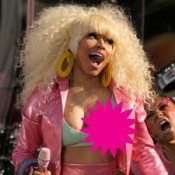 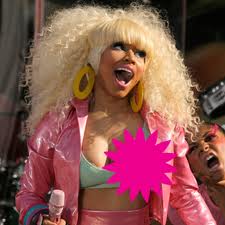 Janet Jackson isn’t the only star to hit the “Exposed On TV” hall of fame. Young Money artist Nicki Minaj joins the club.

NEW YORK (AP) — ABC News is apologizing for a wardrobe malfunction that gave singer Nicki Minaj more exposure than she bargained for.

Minaj appeared Friday on the “Good Morning America” concert series, wearing a loose-fitting halter top that she occasionally had to adjust. As Minaj sang “Where Dem Girls At,” some slips made one of her nipples fleetingly visible.

Despite a five-second delay, the slips were seen during the East Coast’s live telecast. ABC said they were edited out of Friday’s later feeds to other parts of the country.

ABC says in a statement: “We are sorry that this occurred.”

Should television stations be held responsible for the wardrobe malfunctions of their guests?