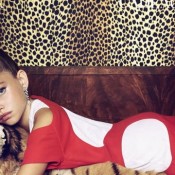 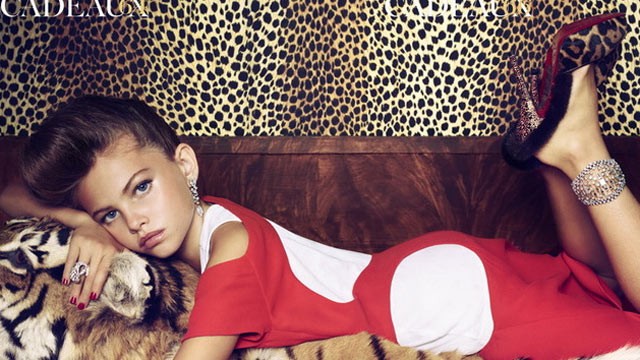 10-Year-Old Model Under Fire For Being Too Grown-Up

Thylane Loubry Blondeau is  like most 10-year-old’s…except she’s on her way to becoming a supermodel.

Her parents are coming into a stream of controversy after Blondeau’s shoot with French Vogue was deemed  “too sexy” for a child.

Wearing makeup, high heels and haute couture, Blondeau looks a far cry from a typical 10-year-old. Even in childish smocks and cotton tees, her expressions are oddly adult — a product, perhaps, of living half her young life in the fashion world (she reportedly hit the runway for Jean-Paul Gauthier at age 5). And some say Blondeau’s grown-up beauty is giving other young girls unhealthy ideas about how they should look.

“We don’t want kids to grow up too fast,” said Shari Miles-Cohen, senior director of women’s programs for the American Psychological Association. “We want them to be able to develop physically, emotionally, psychologically and socially at appropriate rates for their age.” 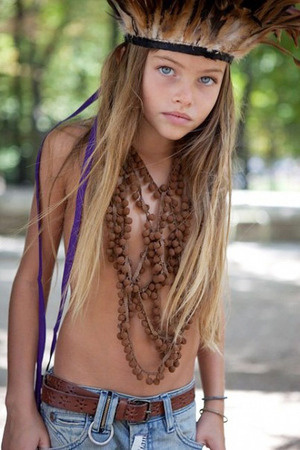 Little girls are always in the mirror trying to mimic their mothers or the images around them…we’ve seen young trying to emulate Beyonce’s moves or trying on their mother’s heels.

At point is this not dress-up play and does it begin to get creepy? Should parents be concerned if their child is trying a little too hard to be an adult woman or she just really good at playing a role.

Play time is a fantasy and children should be able to act out certain roles. It’s up to the parents to decide when that role is getting a little too real.

Sound off! Would you let your little girl pose in a campaign similar to Bloudeau’s?