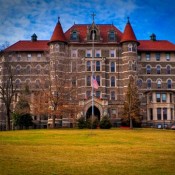 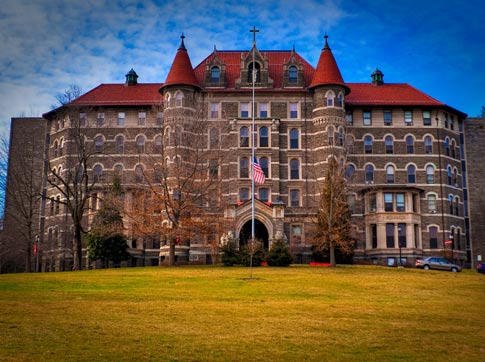 Alexandrov taught in the continuing and professional studies undergraduate program at Chestnut Hill College in Philadelphia, Pennsylvania. Known to have problems with depression in the past, Alexandrov stepped off the second floor balcony ledge of College Hall and fell 30 feet onto a marble floor to his death. Authorities say that they are unsure of the final reason that made him take his life.

His wife, Olga, is also a professor at Chestnut and helplessly watched her husband leap to his death at 5:22pm. Security guards were also at the scene; however, it was reported that Alexandrov would not speak to anyone before he jumped. Alexandrov was supposed to teach a math class at 5:30pm but authorities say he never went into the classroom. Initial reports that said he jumped in front of his students are false.

The college issued a statement confirming his death and has shown sympathy for his family.  The school has also opened counseling for any students, faculty, or staff that wishes to talk.

Should an employer continue to allow an employee to work even if they know they are in a depressed state?