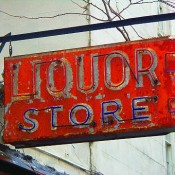 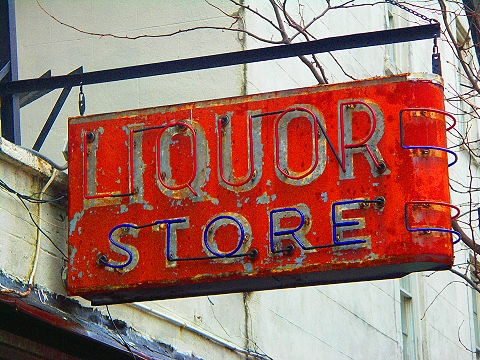 A couple used their 2-year-old cousin as a decoy to steal liquor.

“It appears they put this child on top of a blanket, which was on top of some alcohol they were trying to conceal, and sort of used him as a decoy so you couldn’t really tell what he was laying on top of,” said South Bend Police Capt. Phil Trent.

Benjamin Sims, 27 and Danielle Howey, 26 were arrested after they went across the street to another store and were caught on a security camera trying to steal hundreds of dollars in DVDs, police said.
The couple had been babysitting the boy while the mother was working for the past two months. The boy’s mother Nicole McCullough got home from work to find the trio missing.
“[I] got off work, went looking for my son,” she said. “Went to the house. . .nobody was there. Kept calling and calling and driving all over to find him.

“Horrible, it really was,” she said, tears streaming down her cheeks. “I couldn’t find him, didn’t know where he was. Called the hospital, called everybody I knew trying to get a hold of them.”

She was later reunited with her son at the police station.
“To put somebody’s son in that predicament, I mean that’s…I still don’t have the words to say for it,” McCullough said.

“It makes you feel awful. It kind of makes you feel like you put your son in that [situation], but I had no clue. I thought [leaving him with] family, it would it would be safe,” she said.

Have you ever noticed your child’s babysitter doing something strange? How did you react in the situation?