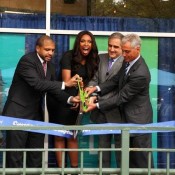 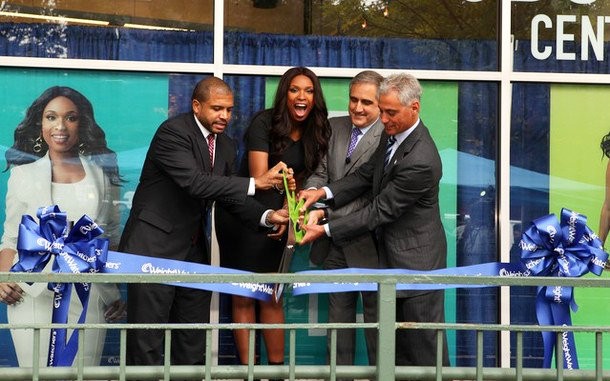 Center Will Work To Inspire Others

The Oscar and Grammy award-winning actress and singer will continue to rep for Weight Watchers.

The star has lost a reported 80 pounds with the help of Weight Watchers and is acting as a spokeswoman for the company.

She’s using her success with the program to inspire others.

The new center is in a strip mall on Chicago’s South Side, not far from President Barack Obama’s home.

“I never thought I would make it to have my own center,” said Hudson, “I’m so honored to be here and see this day.”

Weight Watchers had pledged to donate a portion of the center’s revenue to a foundation that Hudson co-founded in honor of her late nephew, Julian King.

The body of the 7-year-old was found in a vehicle a few days after Hudson’s mother, Darnell Hudson Donerson, and brother, Jason Hudson, were found dead in the family’s Chicago home in October 2008. All three had been shot. The estranged husband of Hudson’s sister is charged in the killings and is awaiting trial.

Hudson, who started the foundation in Julian’s honor with her sister, Julia, said she was inspired as a child by seeing the success of others.

“I love to target children, because that’s the thing that makes a difference,” Hudson said. “We hope to do the same thing and start here at home in Chicago with health, with education, with dreams.”

Kudos to Jennifer for sticking to her guns! I’ll continue to root for her as she makes positive step toward encouraging people to lose weight.

AND….stop saying she had weight-loss surgery, let her have her moment.

Did Jennifer Hudson inspire you to get into shape?