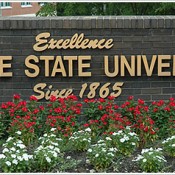 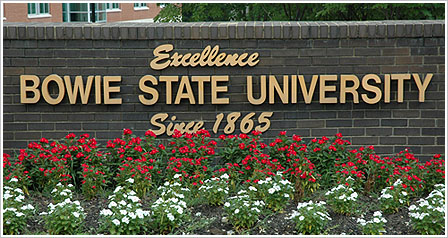 Bowie State University is dealing with a tragedy just weeks into a new school year.

A student was fatally stabbed on her birthday during a fight in an on-campus dormitory. The rumored suspect is the victim’s roommate.

The 18-year-old victim is Dominique Frazier of Washington. She was found unconscious in the second-floor hallway of the dorm. She was rushed to the hospital and found dead a short time later.

The 19-year-old suspect fled the scene but turned herself in to county police about four hours after the incident. Police will not release a name until charges have been filed.

Prince George’s County police received a 911 call about 8 p.m. Thursday for a report of a cutting at the Christa McAuliffe Residential Community building and responded with university officers.

The university canceled all classes Friday but told students there was no apparent ongoing threat to the campus.

“This kind of senseless violence is difficult to understand,” school officials said in a statement. “The entire university community is distressed that this type of violence has occurred within our midst.”

Investigators are obtaining a search warrant to search the residence hall and remained on the scene early Friday.

This is a senseless crime! I’m wondering what these women were arguing about that led to such violence? People close to the situation are saying that the incident escalated over an Apple Ipod. How disappointing that a material item is valued over someone’s life!

I’m sure plenty of us have had disagreement with our roommates…but getting to the point where you want to do physical harm is just UNACCEPTABLE.

How did you resolve conflicts with your roommate?

“The accused is identified as Alexis D. Simpson, 19, who is a student at Bowie State University and resides on campus. She is from District Heights, Md. She is charged with first degree murder, second degree murder, and first degree assault. She is being held in the Prince George’s County Detention Center without bond,” police said.