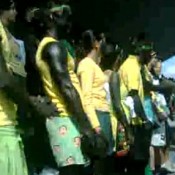 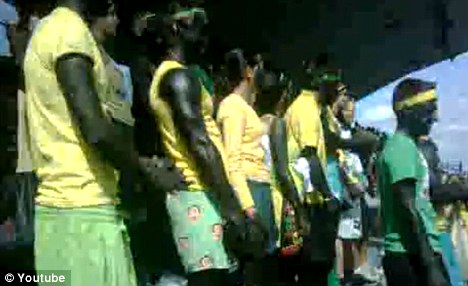 When will people realize that dressing up in BLACKFACE is OFFENSIVE? I don’t care how you word it…I’ll still be outraged at the utter display of ignorance.

Especially when students are the University of Montreal are defended by university officials.

Students at the University of Montreal’s business school dressed up as Jamaican sprinters, wore rasta wigs and waved Jamaican flags for the event on Wednesday.

The event, organized by the sports and leisure committee at the university’s Hautes Études Commerciales (HEC) business school, was part of an annual athletic week to encourage students to take part in extra-curricular activities.

“They had reduced all of who I am and the history of Jamaica and culture of Jamaica to these negative connotations of weed smoking, black skin, rastas. In this instance, it was meant to be ridiculed and seen as something that was fun and acceptable. It was humiliating as though your race is somehow a costume for baffoonery, as though somehow I was invisible or less than a person. It was really tough to have to walk by that. It’s a very painful reminder of a time when we weren’t considered people. I don’t think that was anyone’s intention but it was still deeply disturbing.” 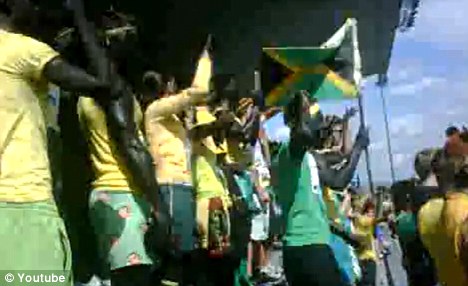 One of the students noticed Mr. Morgan and allegedly yelled: “Look guys, we’ve got a real black!” and then proceeded to led the crowd into a chant of – “Smoke some weed! Yeah mon! Yeah mon!”

The University has defended the students saying the freshmen were assigned an ambassador and sport for the day and had to dress up in costume according to the ambassador.

These students were assigned Jamaican world record breaker Usain Bolt and their event was track & field.

‘Usain Bolt, being on the front page of everything concerning track and field due to his multiple record-breaking performances, was the group’s ambassador for the day. Consequently, the group decided to costume themselves as Usain Bolt, emphasizing on the Jamaican colours, his native country.”

I’m sure that the students could have come up with another way to depict their ambassodor and sport, without being racially offensive.

SOUND OFF: Does it offend you when Caucasians dress up in blackface?