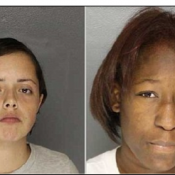 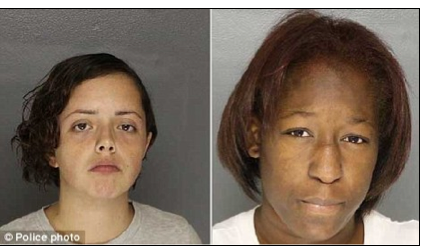 The Couple Was Thwarted By Lion

Detectives have dubbed the lovers ‘the Thelma and Louise bandits’ after the 1991 crime film starring Susan Sarandon and Geena Davis.

They allegedly stole jewellery, iPods, toys, toiletries, trainers, make-up, purses and other household items, as well as around $23,000 in cash.

They looted the homes, left them ransacked and either walked or took public transport home, Superintendent Michael Chitwood said. 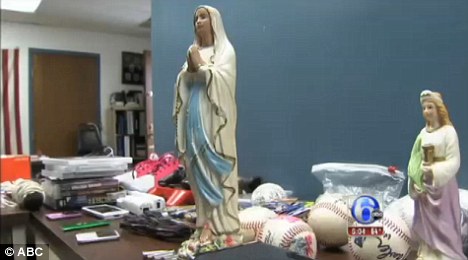 Some of the stolen goods.

In addition they took a .22-caliber revolver, knives, a Sony PlayStation, a Nintendo Wii, baseballs and even a Virgin Mary statue, police said.

This was their shopping spree,’ Police Captain George Rhoades told the Philadelphia Inquirer. ‘They took whatever they could get their hands on.’

They were arraigned on charges of 25 counts each of burglary, criminal mischief and trespass, theft and receiving stolen property.

What the heck were they going to do with the Virgin Mary statue? I just can’t believe that these two were bold enough to commit the crimes in BROAD daylight.

They clearly wanted to get caught.

What do you think about this pair of ride or die burglars?