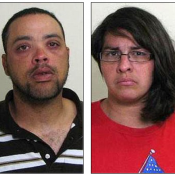 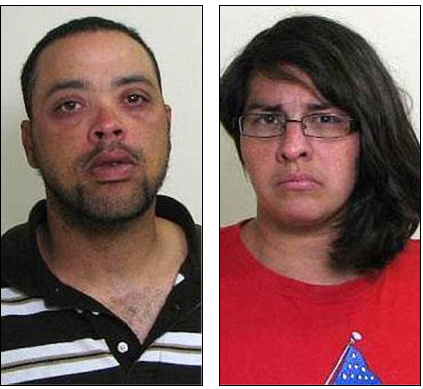 An Illinois woman let her boyfriend beat her 4-year-old son so severely that he died from his wounds.

Sean Stalwart, 34, from Illinois, was charged with first-degree murder for the death of Jeremiah Bradford last September.

Stalwart wanted to “toughen” the boy up after he got in his way of a video game he was playing on the computer.

After Stalwart beat the boy they proceeded to McDonald’s for dinner. Jeremiah continued to vomit through the night. By the time they awoke to take him to the hospital – he died along the way from internal bleeding.

Jeremiah’s mother Patricia Cage has also been charged with first-degree murder for her role in covering up the beating.

The couple also had an infant together and the child is now in the custody of Illinois Department of Child and Family Services.

May that little boy rest in peace. Stalwart faces up to 48 years in prison and I hope he serves every single one of them.

If you’re a parent…do you let other people discipline your children? Why or why not?