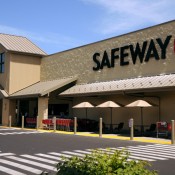 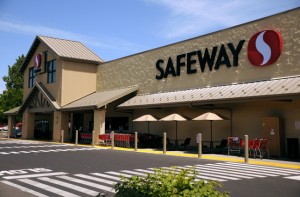 Reason #86 on why I eat before I go grocery shopping.

A couple lost custody of their 3-year-old daughter when they forgot to pay for a $5 sandwich while shopping at a Safeway store.

Nicole Leszczynski who is 30-weeks pregnant, her husband Marcin and daughter Zophia loaded up a shopping cart and paid for $50 worth of groceries.  But forgot about the $5 sandwich.

“We walked a long way to the grocery store and I was feeling faint, dizzy, like I needed to eat something so we decided to pick up some sandwiches and eat them while we were shopping,” said Nicole.

“It was a complete distraction, distracted parent moment,” she says.

That’s when store security stopped them, and asked for their receipt.

“I offered to pay, we had the cash we just bought the groceries.”

Instead she says the store Manager called police.  The couple was taken to the HPD main station and arrested for 4th degree theft.  Zophia was taken into custody by Child Protective Services.

“When they notified us that they would have to take her because we both would be arrested, I just couldn’t believe it, couldn’t believe this was happening, because I forgot to pay for the sandwich and that she’s never been away from us this long,” she says.
Safeway Management issued this statement:

“Safeway is aware of the incident and is working closely with the appropriate law enforcement authorities. The incident is under review but until the investigation is finalized it would be premature to comment.”

Have you ever opened something in a store before you paid for it?