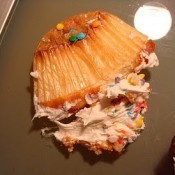 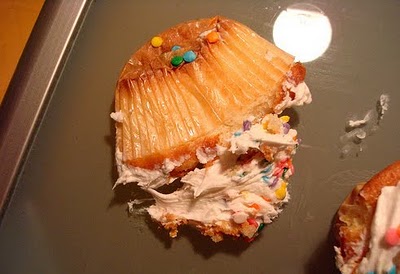 A fight between a husband and wife escalated to the point of a….cupcake toss.

The couple were in a verbal argument when the wife, Dawn Montesdeoca, 60 started hitting her 56-year-old husband.

She then grabbed a box of carefully crafted cupcakes and hurled them at her husband.

He called the police and was covered in icing when they arrived.

Montesdeoca was arrested and charged with a misdemeanor count of domestic battery.

Cook County Circuit Judge Adam D. Bourgeois Jr. ordered electronic monitoring for the woman and a $10,000 bond.
But wait, although her husband told police he feared for his own safety, he’s been arrested three times since 2003 on domestic battery charges, even though all the charges were eventually dropped.

Hmmmmm…sounds like this couple needs quite a bit of counseling! Don’t listen to Madea people…if cupcakes can get you into this kind of trouble – I’m sure Madea’s hot grits tip would cause an even bigger mess.

If you or someone you know is living in a situation where they fear for their safety, please contact the National Domestic Violence Hotline at 1-800-799-SAFE or visit their website.