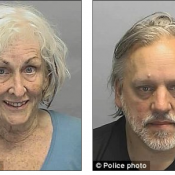 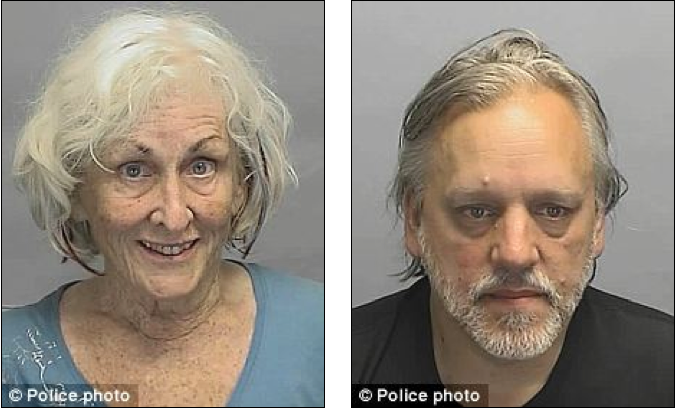 Tim Adams and Rita Daniels were arrested in a Michigan shopping centre parking lot on charges of indecent exposure.

The DailyMail Recites The Encounter:

City of Farmington police officer Andrew Morche arrived outside Luigi’s restaurant on the night of Semptember 3 after receiving a complaint from nearby diners, The SmokingGun reported.

He discovered the car windows were ‘covered with heavy condensation’ and that the vehicle was ‘rocking slightly while parked’, according to his police report.

Mr Morche moved round to the back of the 2002 Buick where he noted that septuagenarian Daniels was atop Adams, ‘and the two were engaged in sexual activities’.

The car was parked in full view of a restaurant, whose customers included what appeared to be a 10-year-old-boy, the report stated.

A police investigation determined the pair had met for drinks at a nearby bar ‘before moving to the back seat of the Buick’.

When questioned by cops, neither Daniels nor Adams, both of whom were unsteady and smelled of alcohol, knew the other’s name.

The pair were taken into custody for indecent exposure and disorderly intoxication and booked into the local jail, where they were held until they became sober.