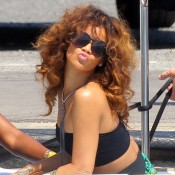 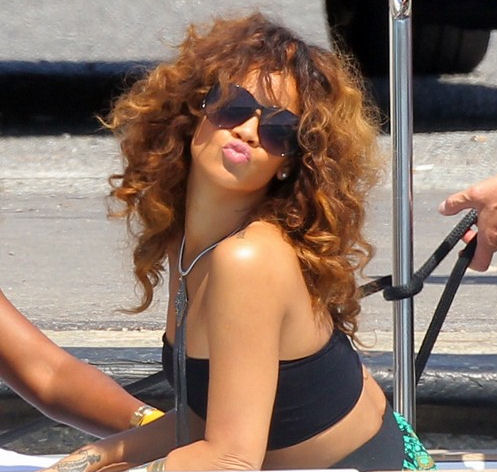 Star Has Moved On From Incident

Looks like Rihanna is finally moving on – after Chris Brown brutally assaulted her before the 2009 Grammy Awards.

Rihanna tells Esquire magazine that disliking Brown “was taking up too much of my time” and that she has moved on from that.

“It was too much anger,” the 23-year-old said. “I’m really excited to see the breakthrough he’s had in his career.”

Brown, 21, is serving five years of probation after pleading guilty to felony assault for the attack on Rihanna. “Graffiti,” the album he released 10 months after the attack, was a commercial disappointment. But his latest release, “F.A.M.E. (Forgiving All My Enemies),” debuted at No. 1 on the Billboard 200 albums chart in March.

“It’s incredible to see how he pulled out the way he did. Even when the world seemed like it was against him, you know?” Rihanna said. “I really like the music he’s putting out. I’m a fan of his stuff. I’ve always been a fan.”

Her albums following the attack – “Rated R” and “Loud” – have both gone platinum, and she’s releasing a new album, “Talk That Talk,” next month. Her latest single, “We Found Love,” is her 20th song to hit the Top 10 on the Billboard Hot 100 singles chart since she debuted in 2005.

“I would never wish anything horrible for him. Never. I never have,” she said.

Being able to forgive Chris is an important step in Rihanna’s healing process. I’m happy to see that she’s getting better.

Best of luck to her!