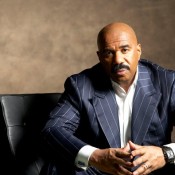 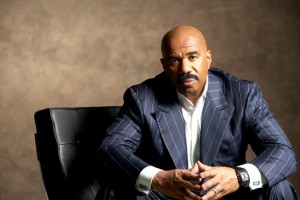 “Steve Harvey is a phenomenal broadcaster who will deliver his unique comedic approach to daytime talk,” said Wallach in a statement. “Steve appeals to a wide cross section of daytime viewers making him a great fit for the daypart. We are looking forward to working with Steve and the team at Endemol USA to bring this new talk show to local TV stations.”

“Steve Harvey has consistently entertained viewers and attracted audiences,” said Valari Staab, President of the NBC Owned Television Stations, also in a statement. “As part of the investment we’re making in our 10 stations, we’re working hard to offer our viewers the strongest daytime lineup possible. Steve Harvey is a welcome addition to our schedule.”

Harvey also hosts a nationally syndicated radio program, The Steve Harvey Morning Show, which is the highest-rated nationally syndicated morning show in the top 25 markets among key listener demos. Harvey also has written two New York Times best-sellers offering relationship advice, and one of those books, Act Like a Lady, Think Like a Man, is in production to become a feature film next year.

Will you be tuning in to Steve Harvey’s new show?