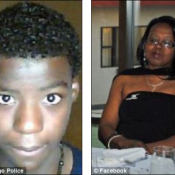 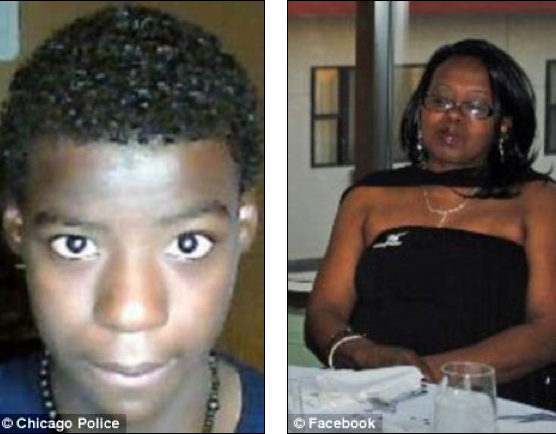 Whatever happened to simply respecting and obeying your elders? What type of society are we living in when it’s becoming “common” to hear stories about a child beating or killing their parents or grandparents?

Yes, you don’t always like what you’re told – but attempting to disobey your elders was simply OUT OF THE QUESTION.

A 15-year-old boy was arrested for the stabbing and beating death of his 55-year-old grandmother.

The former police officer was on the force for 25 years and adopted her grandson.

Keshawn Perkins, a 9th grader, became so incensed that his grandmother, Hester Scott, yelled at him for skipping school that he hit her with a lamp until she shut up and stabbed her with two kitchen knives.

Then he wrapped her body in a blanket, dumped her in a backyard sewer trap and fled the scene with her purse.

Scott had adopted Keshawn and his 3 siblings after her drug-addicted daughter could no longer care for them.

It’s been reported that that Keshawn has bipolar disorder and has been hospitalized for mental health treatment.

Keshawn’s being charged as an adult for armed robbery and murder. He faces a mandatory life sentence because his grandmother was a police officer.

If this boy needed mental health treatment why wasn’t he getting it? This is such a tragic story.

I’m also worried about his siblings who’s going to step up and take care of them? Will they spend the rest of their childhood in foster care.

I’ll be praying for this family.

Do you think Keshawn should be rehabilitated with mental health care or serve the mandatory life sentence?