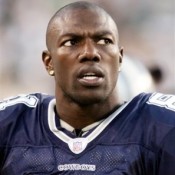 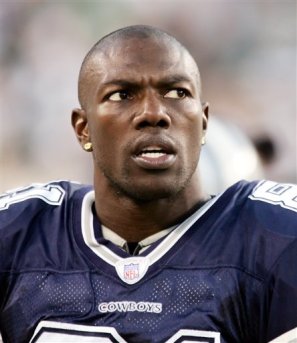 Times are getting hard for everybody.

An arrest warrant was issued for Terrell Owens after he failed to show up for a court date regarding child support payments.

Diana Bianchini, a spokeswoman for Owens, said Saturday the free-agent wide receiver tried to reschedule an Oct. 24 hearing in Contra Costa County Court because he had set up a televised workout in the hopes of hooking on with an NFL club. No teams attended the workout.

According to Bianchini, Owens was looking for a new attorney and was representing himself while trying to change the court date. She said his new attorneys will deal with the warrant issued this week.

Bianchini said Owens is seeking to modify his child support payments because they were based on the approximately $12 million a year he was making in 2007 when he played for the Dallas Cowboys.

Dang. It’s getting real out here for players.

Do you think that Terrell Owen’s child support should be decreased?