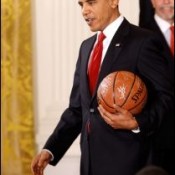 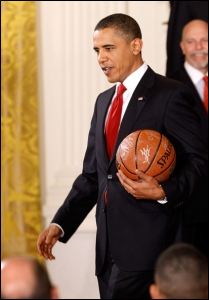 President Obama is not shy about mentioning his love of basketball. He’s taken his passion to another level by hosting a fundraiser with a plethora of top players, from both the NBA and the WNBA.

“The First Ever Obama Classic Basketball Game” to take place in Washington, D.C. on Dec. 12. The game will feature a who’s who of basketball stars, ones who are either retired or have no apparent start for their season. The list of confirmed attendees, as provided by the campaign, include:

Players are all volunteers and interested spectators can buy tickets starting at $100 or if your pockets are heavy $5,000 for courtside seats.

Ticket prices will go to the Obama Victory Fund or the Democratic National Committee – depending on the size of the donation.