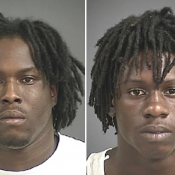 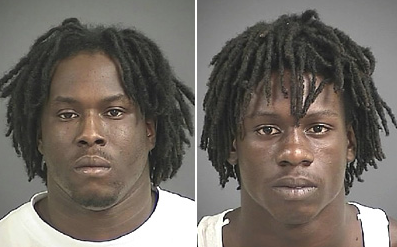 I am my brother’s keeper. Seriously though how far are you willing to go to protect your brother? For one man it ended in his life.

After being stopped for a broken tail light two brothers, Deangelo and Wayne Mitchell were handcuffed and put into the back of a police car. While in the squad car 23-year-old Deangelo told his younger brother, “I can’t get no more strikes.”

He then removed some cocaine from his butt and urged his younger brother to unwrap the package and eat it.

“Eat that s— so I can get out,” he says in the video. “One of us gotta do it, you the only one that don’t have any strikes… You my little brother… I’m gonna get life.”

His 20-year-old younger brother eventually gives in and eats the narcotic.

One hour later he was dead.

Deangelo was charged with drug trafficking and posted a $50,000 bond. When cops discovered that Wayne died from the cocaine they also added a charge of involuntary manslaughter to Deangelo’s rap sheet.

I know that he’s wishing he could take it back now.

What’s the craziest thing you’ve done for one of your siblings?