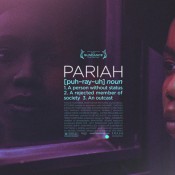 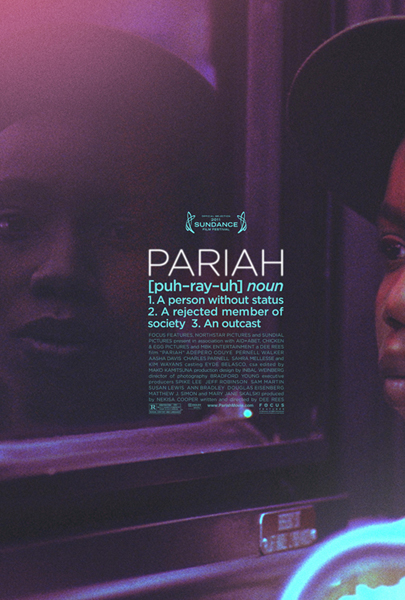 1. a person without status. 2. A rejected member of society. 3. An outcast.

It’s not often that we see such a riveting piece of cinematography on the big screen, that covers our community so eloquently. Pariah deals with a topic that is often taboo in the black community – homosexuality.

Director Dee Rees made the semi-autobiographical film to resonate with anyone who has ever felt like an outcast. Gay, straight or whatever; the film offers lessons for everyone.

Adepero Oduye, who had earlier starred in the short film, portrays Alike (pronounced ah-lee-kay), a 17-year-old African-American woman who lives with her parents Audrey and Arthur (Kim Wayans and Charles Parnell) and younger sister Sharonda (Sahra Mellesse) in Brooklyn’s Fort Greene neighborhood. She has a flair for poetry, and is a good student at her local high school.

Alike is quietly but firmly embracing her identity as a lesbian. With the sometimes boisterous support of her best friend, out lesbian Laura (Pernell Walker), Alike is especially eager to find a girlfriend. At home, her parents’ marriage is strained and there is further tension in the household whenever Alike’s development becomes a topic of discussion. Pressed by her mother into making the acquaintance of a colleague’s daughter, Bina (Aasha Davis), Alike finds Bina to be unexpectedly refreshing to socialize with.

Wondering how much she can confide in her family, Alike strives to get through adolescence with grace, humor, and tenacity – sometimes succeeding, sometimes not, but always moving forward.

Watch the trailer below:

Stories like Pariah offer an opportunity to bring discussion into our community.

Do you think films like Pariah will help to end homophobia in the black community?