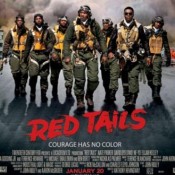 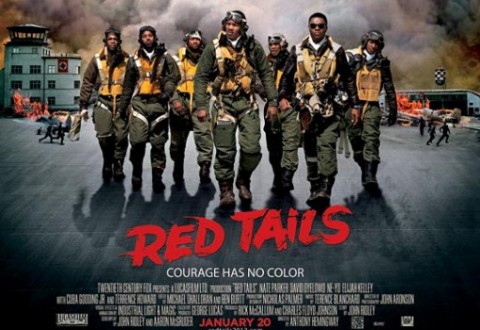 I was perusing the internet and I came across this article detailing some life lessons from George Lucas’ recently released film, Red Tails. I love bringing some inspiration to my readers, and this is a great example of how to keep the faith when things get tough.

Michael Randolph of the Victory Unlimited Show shared these 5 lessons Black News after watching the movie.

1) You always have greater potential inside of you than others can usually see. The Airmen never put limitations on what they could or couldn’t do. As a group, they recognized that accomplishing their goals in life depended more on how they saw themselves, as opposed to focusing only on how others saw them.

2) Time spent in preparation is never time wasted. The Airmen trained much longer than most other pilots in their era did. They used the time they spent waiting in the wings to hone skills that served them well when their moment of opportunity arose.

3) If you stay ready, you’ll never have to get ready. The Airmen held themselves to such a high standard of discipline and competence that they were confident and prepared when their time to shine finally arrived.

4) Courageous convictions can drive your dreams into existence. The Airmen had a strong belief in their abilities and a powerful passion for their cause. They had a boldness that would not be satisfied with anything short of accomplishing their mission.

5) There are no charges that can be successfully brought against excellence. The Airmen were so good at what they did that their quality of performance spoke louder in their defense than anything that their critics could ever speak against them.

Randolph came up with some great affirmations that could be used to guide the way you live your life.

The Victory Unlimited Show is a “tongue-in-cheek”, self-help show for men that’s reminiscent of programs from the Golden Age of Radio. During each broadcast, the host codenamed “Victory Unlimited”, answers dating, relationship, and general life questions by addressing them with a motivational, military-like zeal. “In Red Tails, the underlying, unwritten rules for how to achieve success in life are timeless.” says the host. “It’s critical that we recognize that there’s no better time for us to recommit to following those rules than now.” For more details, visit www.victoryunlimitedshow.com