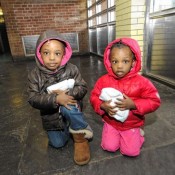 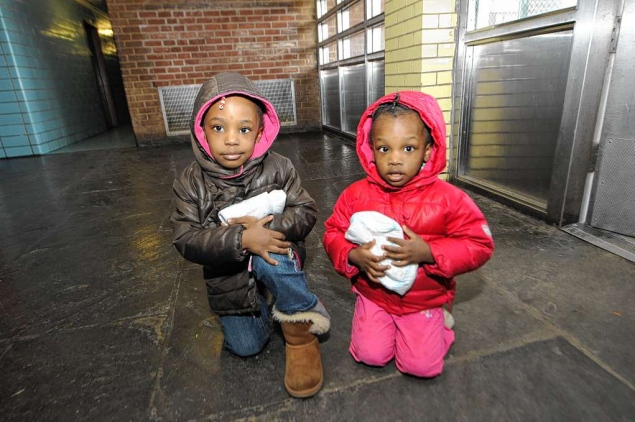 A NYC mother dropped her two girls, aged 5 and 3 on a sidewalk near a housing project in Brooklyn and never looked back.

The girls were dressed in winter coats and showed no visible signs of abuse but were taken to the hospital as a precaution.

After surveying the area and talking to residents of the housing project police were able to track down the mother of the young girls.

Cops were able to piece together the mother’s identity and arrested Dalisha Adams, 26, of Glenwood Road in Brooklyn, police said. She was charged with two counts of endangering the welfare of a child.

I’m just wondering what type of desperate situation this mother was in to leave her young daughters on a sidewalk in the middle of winter. They are numerous places to take a child, that could have been done more safely. It’s a good thing that Good Samaritans found these babies…or it could have ended ugly.

Should there be resources for distraught mothers with older children?