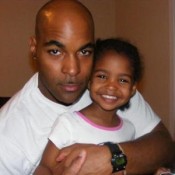 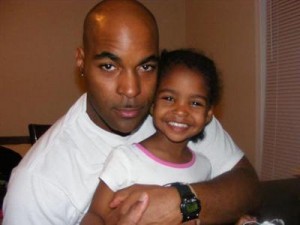 Scott Zoebisch with his six-year-old daughter

A Lucky man got an opportunity to dine with President Obama.

Scott Zoebisch, a 34-year-old firefighter from Atlanta, joined three other grassroots supporters for a meal with the president at a trendy Asian-American restaurant called the Scion in Washington DC.

The four diners, who all hail from 2012 battleground states, were winners of his re-election campaign’s “Dinner with Barack” fundraising sweepstakes, where donors had to give at least $3 to enter a drawing to secure a sit down meal with Obama.

“I never thought in my life I’d ever sit next to a president, let alone a black president,” Zoebisch told theGrio. “It was a chance for me to express my gratitude. We all told him we were ready to stand up and fight for him to get back in office.”

Other winners were Kathie Toigo, who is an early-childhood special needs teacher from Nevada; Bill Blackwelder, an Afghanistan war veteran from North Carolina; and Val Grossmann, a postal worker from Colorado.

Congratulations to the winners!

What would you ask President Obama over dinner?