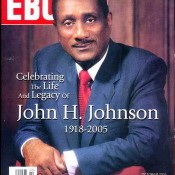 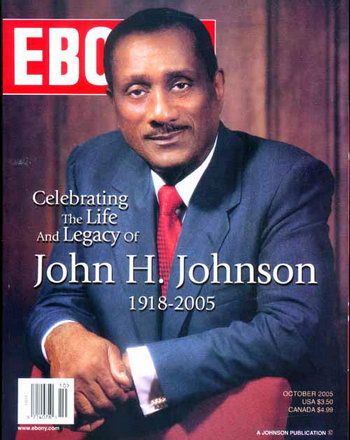 Publisher John H. Johnson, who created Ebony and Jet magazines, will be honored on this year’s Black Heritage stamp issued by the U.S. Postal Service.

Johnson founded Johnson Publishing Co. on a $500 loan using his mother’s furniture as collateral. At the time, he was working as a clerk at a black-owned life insurance company.

“His magazines portrayed black people positively at a time when such representation was rare, and he played an important role in the civil rights movement,” Stephen Kearney, manager of USPS’ Stamp Services, said when announcing the stamp last year.

The magazines became two of the longest-running black-oriented magazines in the country.

The Black Heritage stamp, featuring a color photo of Johnson taken by photographer David McCann, goes on sale Tuesday and is being issued as a Forever stamp.

Almost every black home I could remember growing up had an Ebony and Jet subscription. It was a staple on the coffee table or in the restroom.

Congrats to the Johnson family that’s a great achievement!

Are you an avid reader of Ebony/Jet magazines?